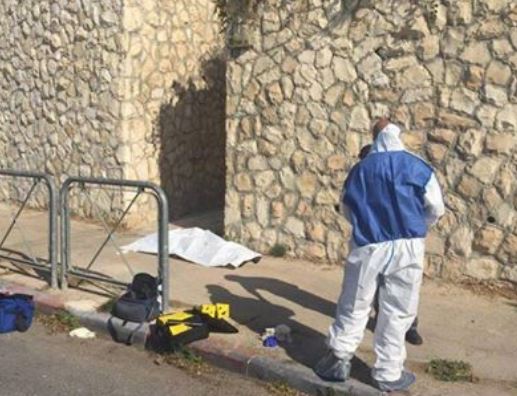 Israeli soldiers shot and killed, on Saturday, a Palestinian teen close to the Armon Hanetziv illegal colony, built on Palestinian lands in Jabal al-Mokabber neighborhood, in occupied East Jerusalem.The Israeli army said the soldiers stopped the teen on a roadblock, and started questioning him while examining his ID card, and ‘discovered that he carried a knife.’

The army claimed the Palestinian ‘pulled the knife, and attempted to stab a soldier while questioning him.’

The slain Palestinian has been identified as Mo’taz Ahmad Hajes ‘Oweisat, 16 years of age, the Wadi Hilweh Information Center in Silwan (Silwanic) has reported.

According to Israeli online daily, Haaretz, ‘the police was looking for a suspect carrying a bag and walking suspiciously’, as informed by an Israeli settler.

On Saturday morning, an Israeli paramilitary settler shot and killed a Palestinian teenager on the Shuhada Street in the center of Hebron city, in the southern part of the West Bank.

On Friday, Israeli soldiers killed five Palestinians, and wounded around 300 others, in different parts of occupied Palestine