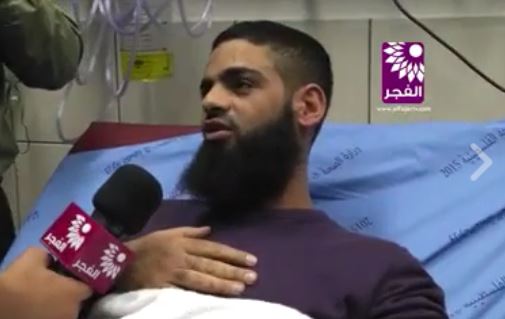 The Israeli authorities released, Wednesday, detainee Mohammad Allan, who had gone on hunger-strike for more than two months, protesting his continued illegal administrative detention, without charges or trial.Allan was immediately moved to Thabet Thabet Hospital, in the northern West Bank city of Tulkarem, to receive treatment for complications resulting from his extended hunger strike, especially since Israel never provided him with adequate medical attention.

Talking to reporters of al-Fajr TV, Allan said that the soldiers gave him the impression that his arbitrary Administrative Detention order would be renewed, and transferred him from Ofer prison to Hadarim.

‘I didn’t fall for that, they wanted to see if I would continue my hunger strike; they even gave a meal,’ he said, ‘I didn’t touch the food, if I ate as little as one bite, they would have said I broke my strike, and would have renewed the administrative detention orders against me.’

‘They used many tricks during my strike, and detention. Thanks be to God for giving me strength, to continue my strike until victory,’ he added, “Now, I am free, with my people; I have been released because of my steadfastness, the steadfastness and support of the Palestinian people and their leadership.”

He also said that, when he was in Soroka and Barzilai Israeli medical centers, he could hear the sounds of Palestinians and supporters, close to his room, expressing solidarity with him. ‘This gave me more strength to remain steadfast, and continue my strike.’

‘The detainees in Israeli prisons are urging the Palestinian people, their factions, their political leadership and security forces in the West Bank and Gaza, to unite and defend the Al-Aqsa Mosque,” he said, ‘They want everybody to know that all detainees want the leadership to be actively involved in defending Palestine, in defending Al-Aqsa Mosque.’

Allan started his strike on June 18, and ended it on August 20, after the Israeli Supreme Court suspended the Administrative Detention order that was issued against him.

On September 16, Israel arrested Allan directly after his discharge from Barzilai hospital, in Asqalan; where he had been recovering from health issues following his 65 days of hunger strike that also led to a coma.