Israel Requesting Over 5 Billion in US Military Aid 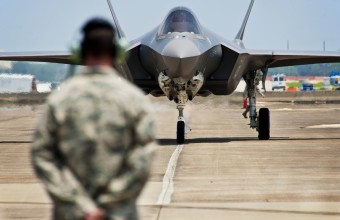 The Israeli government has made an initial request for its annual U.S. defense package to increase by as much as $5 billion when its current aid package, worth an average $3 billion a year, expires in 2017, U.S. congressional sources said, this last Wednesday.PNN reports that, according to Reuters, Israel wants $5 billion per year in military aid for 10 years, for a total of $50 billion. The US congress spokesman stated that Israel has been signalling that it wants more money to “counter threats it says will arise as a result of the international agreement on Iran’s nuclear program, which Israel’s government has staunchly opposed”.

Among its request, the Israeli government is asking for: squadrons of F-15 stealth fighter jets beyond the F-35 squadrons the Americans have already promised, V-22 Osprey aircraft-helicopter, helicopters, refueling aircraft, precision weapons and a large amount of Arrow 3 missiles designed to intercept ballistic missiles outside the atmosphere as an additional layer of protection to the Arrow 2, according to the Israeli media outlet Ynet.

“Israel argues that Tehran’s financial windfall from sanctions relief will allow it to increase backing for proxies that are hostile to Israel in Syria, Lebanon, the Palestinian territories and elsewhere – a fear Washington says is exaggerated”, as stated by Reuters.

However, the new aid deal has not been finished yet. Congressional and other U.S. officials said that they are in the very beginning of analyzing the proposal. “First they have to negotiate with the White House,” one senior congressional aide said of Israel. The Israeli prime minister is going to the United States for a visit, this next week, where the aid topic is likely to be on the top of the discussion matters.