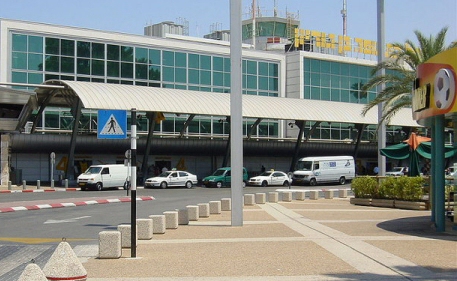 The Knesset plenum, on Wednesday, approved a preliminary reading of a bill that would deny entry to the country to anyone urging a boycott of Israel.According to the bill, which was introduced by MK Yinon Magal (Jewish Home), ”anyone who is not an Israeli citizen or a permanent resident will not be granted any kind of visa or permit if they, or any company, organization or foundation they represent, calls for a boycott of Israel.”

If the bill is passed into law, it will grant the interior minister special authority to issue visas or permits in exceptional cases. According to the documentation accompanying Magal’s bill, ”in recent years, calls for boycotting Israel have intensified. It seems that this is a new front of war against Israel, which the country has yet to sufficiently prepare for. This bill will prevent individuals or representatives of companies, foundations or organizations that call for boycotting Israel from advancing their ideology on Israeli soil.”

Magal said during the plenum session that ”just now we received word that the European Union has approved the labelling of products made in the settlements. This is of course a huge disgrace, but it is hard to be disappointed by those we do not have any expectations from. Unfortunately, there are Knesset members within this House who also call to label the settlers.”

Speaking on behalf of the government, Minister of Internal Affairs Silvan Shalom said the government backs the legislation, on the condition that it is advanced in coordination with the government.

MK Dov Khenin (Joint List) said, ”It`s difficult to describe just how stupid this law is… You view this country as a closed and solitary fortress into which no one enters. The real title for this proposal is `the law to encourage the boycott on the State of Israel`. According to your law, anyone who participates in the labelling of goods cannot enter the country – all of Europe is [kept out]. To protect the settlements you are willing to pay the price of deepening the delegitimizaton and hurting tourism.”

Fifty-five MKs supported the bill in the preliminary vote, while 31 opposed. It will now be transferred to the Internal Affairs Committee.