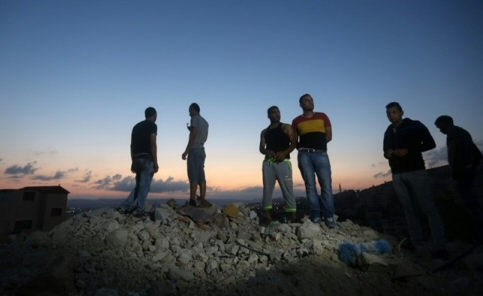 Israeli forces, this Tuesday, demolished three water wells in the northern occupied West Bank which they said had been built without a permit, according to Palestinian security sources.Sources told Ma’an News Agency that Israeli forces accompanied bulldozers into the village of Tinnik, northwest of Jenin, where they destroyed the wells.

One well belonged to Emad Jaradat from the neighborhood of Zabuba, and the other two to Suliman Salman Zayoud and Numan Yousif Jaradat, from Silat al-Harithiya, the sources added.

The Israeli Coordinator of Government Activities in the Territories (COGAT) did not immediately respond when asked for comment.

Israeli authorities regularly demolish Palestinian homes and structures in the occupied Palestinian territory due to a lack of building permits.

Tinnik, where Tuesday’s demolitions were carried out, is surrounded by Area C, where Palestinians must obtain building permits for all structures from Israel’s civil administration.

Such permits are rarely granted, leaving locals no choice but to build without the necessary permits.

Nearly 600 Palestinian structures were destroyed in 2014, according to documentation by the UN Office for the Coordination of Humanitarian Affairs, displacing over 1,000 Palestinians.

According to UN statistics, Palestinians represent the largest refugee population in the entire world.