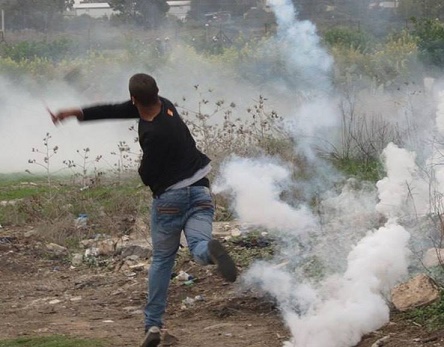 Eight Palestinians, including a cameraman working for France Press, have been injured on Sunday evening, after several Israeli military vehicles invaded the northern West Bank city of Qalqilia.The invasion led to clashes with dozens of local youths, who hurled stones and empty bottles on the military vehicles.

The sources added that at least fourteen other Palestinians suffered the effects of tear gas inhalation, and received the needed treatment.

Also on Sunday, Palestinian medical sources reported Sunday that a 2-year-old toddler was injured after an Israeli military vehicle struck him in Bir Niabala town, in the Central West Bank district of Ramallah, and that a woman was injured in a similar incident in Ramallah.

In addition, six residents were injured by Israeli army fire after the soldiers invaded al-Baloa’ area in the al-Biereh city, leading to clashes with scores of local youths.