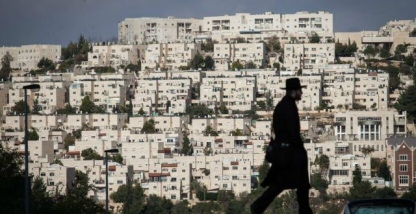 This, according to PNN, moves in the frame of illegal Israeli expansion on Palestinian occupied land, in midst of intense international condemnation against all laws.

It also comes in the midst of growing frustration and clashes in both occupied Jerusalem and the West Bank as a whole.

Last Wednesday, the Israeli municipality in West Jerusalem approved the construction of 891 units in the Gilo settlement, which was constructed on Bethlehem territory in the occupied West Bank.

The day before, Netanyahu approved the construction of 2,200 settlement units in Ma’ale Michmas settlement east of Ramallah.