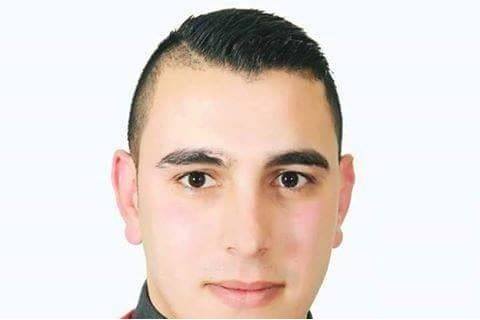 The Palestinian military liaison (D.C.O.) has received the body of Shadi Zuhdi ‘Arafa, aged 28, from Hebron who was shot dead by Israeli forces today, at Gush Etzion junction.According to Hebron-based reporter, Bassam Shweiki, the soldiers invaded the home of Mohammad Abdul-Baset al-Hroub, in Beit Awwa town, south of Hebron, violently searched it and caused excessive damage, while kidnapping one Palestinian.

The army claims that al-Hroub carried out an attack which led to the death of two Israeli settlers in the Etzion area, Thursday evening.

The two Israelis who were killed by live fire were identified, by Israeli media, as ‘an 18-year-old American citizen and 49-year-old Yaakov Don.’ Only hours before the incident, two Israelis were killed and another two injured during a stabbing attack in southern Tel Aviv.

‘Arafa was said to be, merely by coincidence, near the place where a Palestinian gunman fired at Israeli settlers, hitting more than 10 of them and killing two of them, upon which Israeli soldiers began to shoot randomly towards Palestinian vehicles.

Israeli media said that, after the initial bullets were fired, the suspect ‘continued driving and rammed into another vehicle’, opening fire again before being shot.

An Israeli spokesperson claimed, at first, that ‘the perpetrators’ were three Palestinians; one of them was killed while ‘it seems’, she said, one of them was taken into custody after being injured, while the third drove away in his car.

According to Shweiki, the Israelis claimed that the gunman exited a vehicle occupied by Palestinian resistance members and, afterward, fled with the car, while ‘Arafa was shot while in his car, and then removed from it by the soldiers.

Shweiki points out that the move was obviously a blunder on the part of the military, as they immediately handed his body over to the D.C.O., knowing that he was not a part of the incident.

Later reports stated that the two other ‘suspects’ were arrested by Israeli forces.

In related news, Mahmoud Sa’id ‘Oleyyan (22) died today, of serious wounds suffered ten days ago, after being shot in al-Biereh, near Ramallah, during clashes with invading soldiers.

According to the Palestinian Ministry of Health, the death of Oleyyan brings the number of Palestinians slain (since October) in the West Bank to 72, and 18 in Gaza, and 1 in the Negev Desert.