Including A 10-Year-Old Child, Army Kidnaps Nine Palestinians In The West Bank 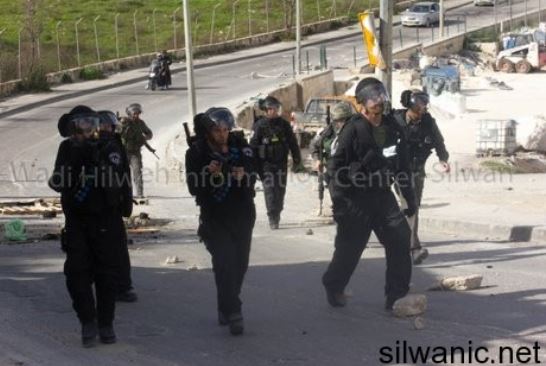 The sources said the soldiers invaded and searched many homes in Qalqilia city, and kidnapped Sa’ad Ibrahim Nofal, his brother Adham, and Mohammad Abdul-Latif Walweel, 20.

In the northern West Bank district of Jenin, the soldiers kidnapped Abdul-Jabbar Khalil Khabbass, 33, after breaking into his home and ransacking it, in Jilqamous village, east of Jenin. Khabbass is a former political prisoner who was held by Israel for seven years.

In Hebron city, the soldiers kidnapped three children identified as Malek Nader al-Ja’bari, 16, in addition to Mohammad Nidal Abu Ghazi, 15, and Luay Salim Rushdie, from their homes in the al-‘Arroub refugee camp, north of Hebron.

On Thursday morning, the soldiers kidnapped Salah Naji Gheith, only 10 years of age, near the Ibrahimi Mosque, in Hebron, after beating him.

The soldiers also closed all roads linking between Hebron city and its nearby towns and refugee camps, including the southern entrances of the city where the soldiers installed a roadblock, completely closing the road, searched cars and investigated the ID cards of dozens of residents.

Roadblocks were also installed in Wadi al-Jouz area, al-Kassara road, in addition to the main entrance of Ethna town, and several other areas.

In related news, armed colonialist Israeli settlers closed the Gush Etzion Junction, south of Bethlehem, preventing all Palestinian traffic from using the road that links between Bethlehem and Hebron. The army also installed a military tower near the junction.