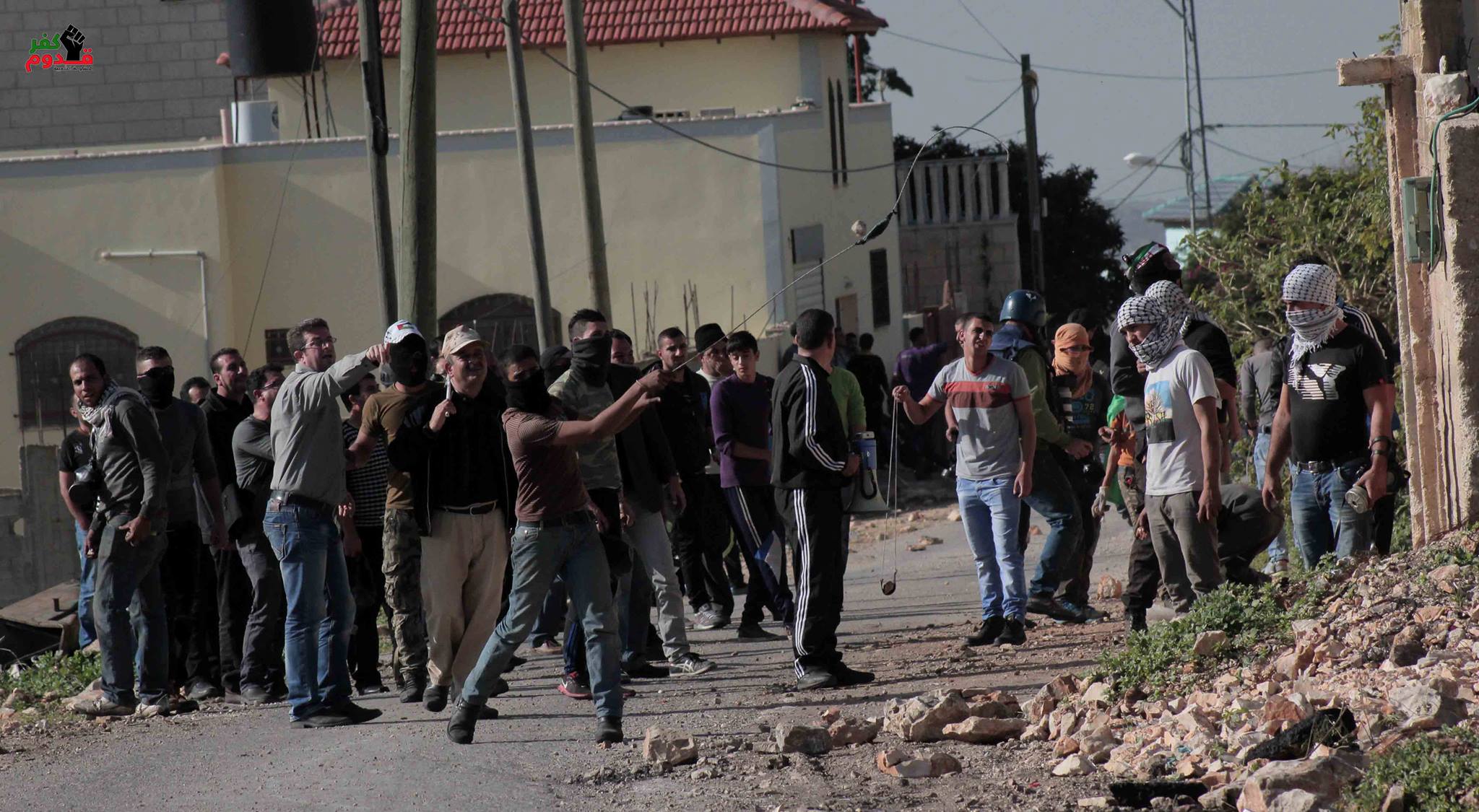 Medical sources in the Red Crescent Society in Qalqilia, in the northern part of the occupied West Bank, has reported that 27 Palestinians have been shot with rubber-coated steel bullets, one with a live round, and 171 suffered the effects of tear gas inhalation, after the Israeli soldiers invaded the city.The sources stated that the soldiers invaded the Naqqar overcrowded neighborhood in Qalqilia, and clashed with dozens of local youths.

The soldiers fired several live rounds, wounding one Palestinian in his leg, and 27 others with rubber-coated steel bullets.

The soldiers fired dozens of gas bombs, many of them directly targeting homes, causing 171 Palestinians, including dozens of children, to suffer the effects of tear gas inhalation.

In addition, the army fired several gas bombs, and rubber-coated steel bullets, at Palestinian ambulances while trying to provide the needed medical attention to wounded Palestinians.

Also on Friday, the soldiers attacked the weekly nonviolent protest against the Annexation Wall and Settlements, in Kufur Qaddoum town, near Qalqilia, wounding two Palestinians.

In related news, one Palestinian was was shot with two live rounds in the abdomen and shoulder, during clashes with Israeli soldiers invading Teqoua’ town, east of Bethlehem.

The Red Crescent in Bethlehem said the wounded Palestinian suffered a serious injury.