Israeli Soldiers Kidnap A Palestinian In Bethlehem, Injure Many Residents 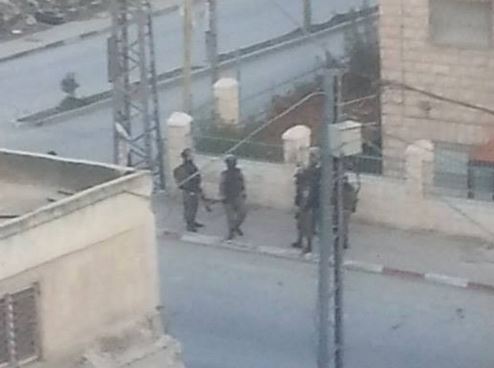 Two Palestinians were shot with lives rounds, and many others suffered the effects of tear gas inhalation, medical sources said.

The soldiers also kidnapped a former political prisoner, identified as Saleh al-J’eidi, 24, and took him to an unknown destination.

In addition, the army fired several gas bombs at students heading to school, and many other residents, in addition to targeting a number of homes, causing many Palestinians to suffer the effects of tear gas inhalation.