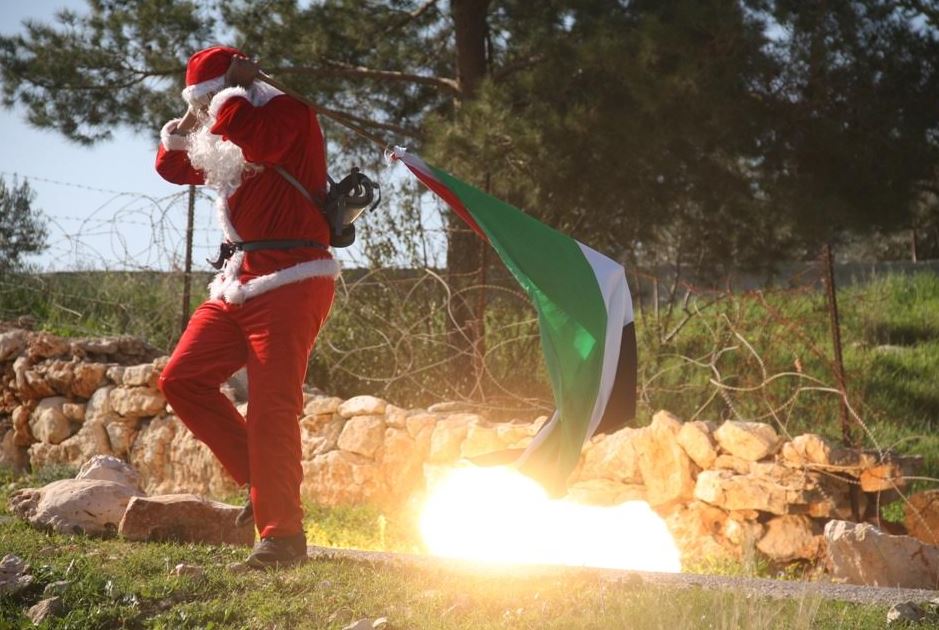 The Popular Committee against the Wall and Settlements in Bil’in, near the central West Bank city of Ramallah, has reported, Friday, that Israeli soldiers attacked the weekly nonviolent protest, causing many, including those dressed like Santa, to suffer the effects of tear gas inhalation.The protesters marched from the center of the village, carrying Palestinian flags and chanting against Israel’s illegal colonies, the Annexation Wall, the ongoing and escalating crimes against the Palestinian people.

They also chanted for Palestinian unity, liberation, steadfastness, ongoing popular resistance and the release of all political prisoners.

The committee said the soldiers fired rubber-coated steel bullets, gas bombs and concussion grenades at locals, Israeli and international peace activists, just as they reached the Palestinian lands, and chased the protesters in the villagers’ olive orchards.

In addition, the committee called on the International Criminal Court to prosecute Israeli leaders for war crimes against humanity, and for their repeated and escalated violations of International Law and the Fourth Geneva Convention.