Israeli troops kill one Palestinian, wound 11 others in Gaza protests 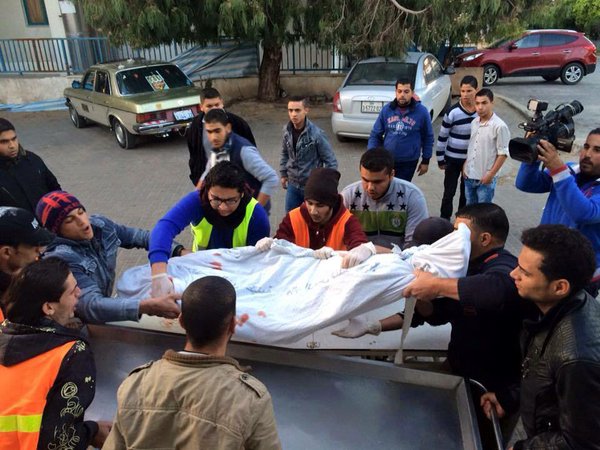 Israeli troops attacked, using live gunfire, four different protests held in different parts of Gaza Friday, wounding six people near Khan Younis, wounding four people in al-Boreij, wounding one near Erez, and killing one young man in al-Shejaiya, east of Gaza City.Hani Rafiq Wahdan, 22, was shot in the head near the al-Shejaiya neighborhood east of Gaza City, according to a spokesperson for the Gazan Ministry of Health, Ashraf al-Qidra. He died on the scene.

Six others were shot in the al-Faraheen area east of Khan Younis, and one Palestinian was shot near the Erez crossing, according to the Palestinian Health Minister for the Gaza Strip.

The attacks on the demonstrations in Gaza occurred at the same time as similar assaults on non-violent demonstrations against the Israeli Annexation Wall and settlements in a number of West Bank villages.

These demonstrations take place weekly, after Friday prayers, and have been continuing for over ten years in many of the villages.

Organizers say that they are attempting to demonstrate their resilience in the face of the ongoing brutal military occupation by Israeli forces, and the continuous theft of Palestinian land by the Israeli government and paramilitary settler forces.