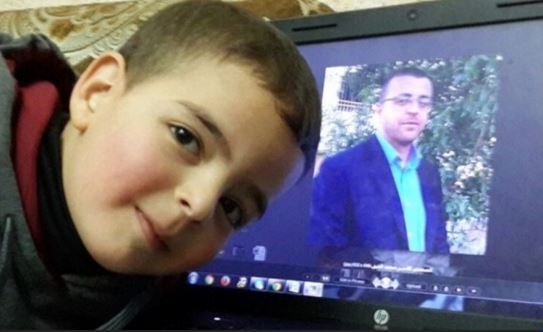 In an unprecedented step on Tuesday, 12 January 2016, Israeli forces applied the force-feeding law against the administrative detainee, journalist Mohammed al-Qeeq, who has been on a hunger strike for about 50 days. Al-Qeeq was handcuffed and then forcibly administrated intravenous fluids.The Palestinian Center for Human Rights (PCHR) is gravely concerned over the risks that may result from force-feeding al-Qeeq. Moreover, PCHR calls upon the international community to promptly intervene to save his life and stop force-feeding.

It should be noted that the Israeli Parliament (Knesset) approved on 30 July 2015 in the second and third reading of the amendment to the so-called ‘Law to Prevent Harm of Hunger Strike’, which PCHR warned of its consequences at that time and demanded its immediate annulment.

Many international bodies have also warned of the adoption of such law, which is considered by the United Nations Special Rapporteur against torture as means of torture, and by the Special Rapporteur on the right to health as a serious violation.

Mohammed Usamah al-Qeeq (33) has been on an open hunger strike since 25 November 2015 in protest against placing him under 6-month administrative detention. Al-Qeeq has since refused to eat or undergo medical tests, so his health status deteriorated.

Therefore, Al-Qeeq was taken to al-Afoulah Hospital in Israel and is still there, as his health condition is getting worse. Human rights sources reported that he suffers from permanent headache and pains in the stomach and joints, vomits blood and lost 13 kilograms.

It should be mentioned that on 21 November 2015, Al-Qeeq, Correspondent at al-Majd Saudi Channel, was arrested from his house in Ramallah.

He was then subjected to tough interrogation, during which he was exposed to torture, including shackling (Shabeh), before being placed under administrative detention. Therefore, he started a hunger strike.

PCHR is concerned over the life of Mohammed al-Qeeq, and:

1. Calls upon the international community to pressurize the Israeli forces to stop all attempts to forcibly feed him fearing for his life;

2. Reiterates its call upon the international community to urgently move to stop the Israeli serious and systematic abuses against the Palestinian detainees in the Israeli prisons;

3. Emphasizes that administrative detention is illegal and falls under the category of political arrests, constituting a violation of the detainee’s right to a fair trial, including his right to receive an adequate defense and to be informed of the charges against him; and

4. Stresses that the force-feeding is considered as a form of torture and degrading treatment under the international law.