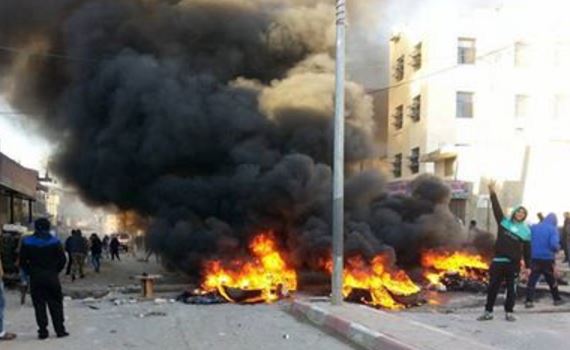 Palestinian medical sources have reported that Israeli soldiers shot and injured, on Thursday evening, two Palestinians, in Qabatia town, south of the northern West Bank city of Jenin, raising the number of wounded persons, since dawn, at least ten. The sources said clashes took place between the invading soldiers and local youths, and that ten Palestinians were shot with live rounds, in various parts of their bodies, and were moved to a number of hospitals and medical centers.

In addition, dozens of Palestinians suffered the effects of tear gas inhalation, especially south of Qabatia, near the Fruits and Vegetables Market, and downtown area.

During the clashes, fires broke out in the market area, before Palestinian firefighters rushed to the scene.

It is worth mentioning that the Israeli army have kidnapped at least 27 Palestinians, including children, and wounded many others, in various invasions overnight and at dawn, Thursday.