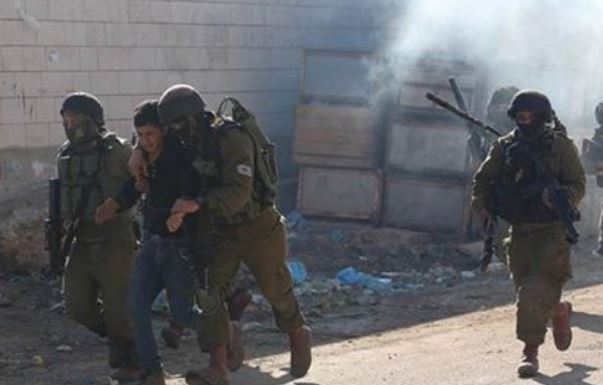 Israeli soldiers kidnapped, on Friday at dawn, at least eight Palestinians in different parts of the occupied West Bank, and summoned several others for interrogation.The soldiers invaded continued their military assault in Qabatia town, south of the northern West Bank city of Jenin, broke into and searched dozens of homes, and kidnapped five Palestinians.

He added that the army continued its strict siege on the town, for the second consecutive day, after closing all of its roads, including roads leading to the Arab-American University and the Central Market, in addition to Palestinian agricultural lands and orchards.

The soldiers turned Qabatia into a completely isolated town, as part of collective punishment against the entire town, after three young men from Qabatia killed a soldier and wounded two others, last Wednesday.

The soldiers also invaded Rommana town, west of Jenin, searched many homes, interrogated families, and summoned Anas Ahmad E’mour, 20, and Abdul-Karim E’mour, 21, for interrogation in the nearby Salem military base.

In Nablus, in the northern part of the occupied West Bank, the soldiers kidnapped a student of the Najah University, identified as Hassan Ordoniyya.

The soldiers also invaded the al-Khader town, south of Bethlehem, and summoned Othman Jom’a Salah, 38, for interrogation in the Etzion military base.