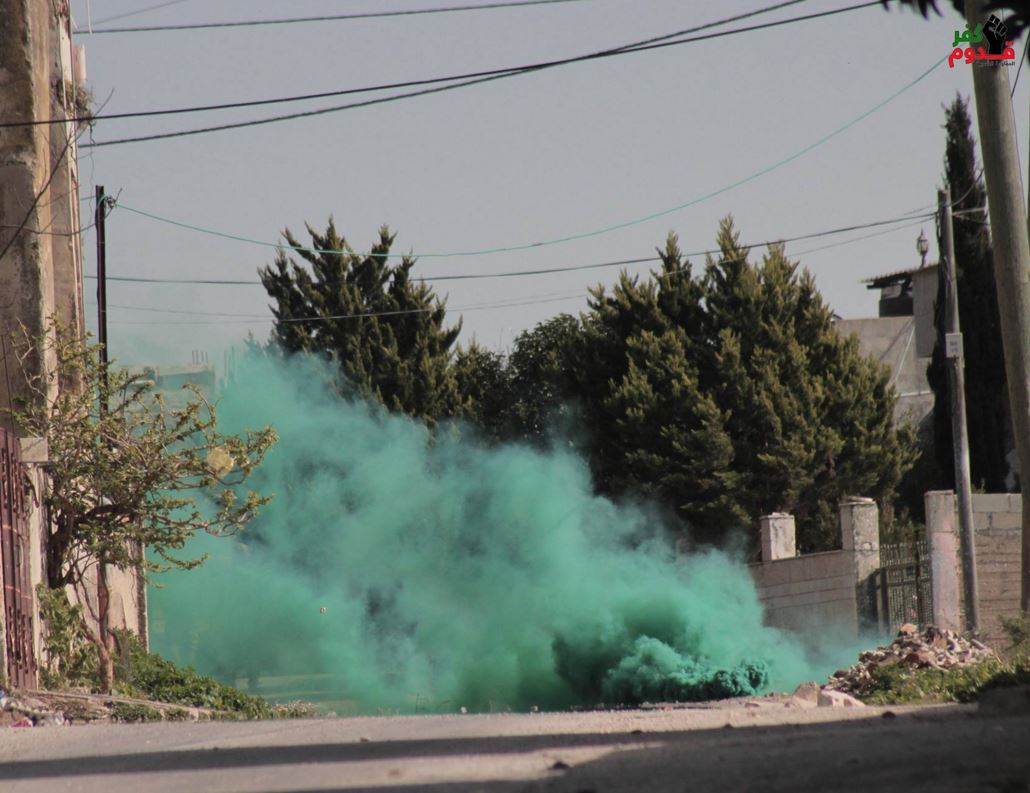 Palestinian medical sources have reported that Israeli soldiers invaded, Friday, Kufur Qaddoum town, near the northern West Bank city of Qalqilia, and attacked the weekly protest, wounding two with live rounds.Media spokesperson of the Popular Committee against the Wall and Colonies in the town Morad Eshteiwy, said the army invaded the town, and tried to prevent the Palestinians from holding their weekly protest.

He added that two Palestinians, identified as Rezeq Eshteiwy, 29, and Mohammad Rayyan, 24, were shot with live rounds in their thighs, and suffered moderate wounds.

Eshteiwy added that several army sharpshooters were deployed in the town, preventing the protesters from marching further, and fired live rounds targeting a home belonging to resident Abdul-Razeq Amer, causing damage to its window.

The Palestinians in Kufur Qaddoum have been protesting for more than 13 years, demanding Israel to reopen the main road of the village, after the army closed it to allow the illegal Israeli settlers a faster and easier access to Kedumim colony, built on the villagers’ lands.