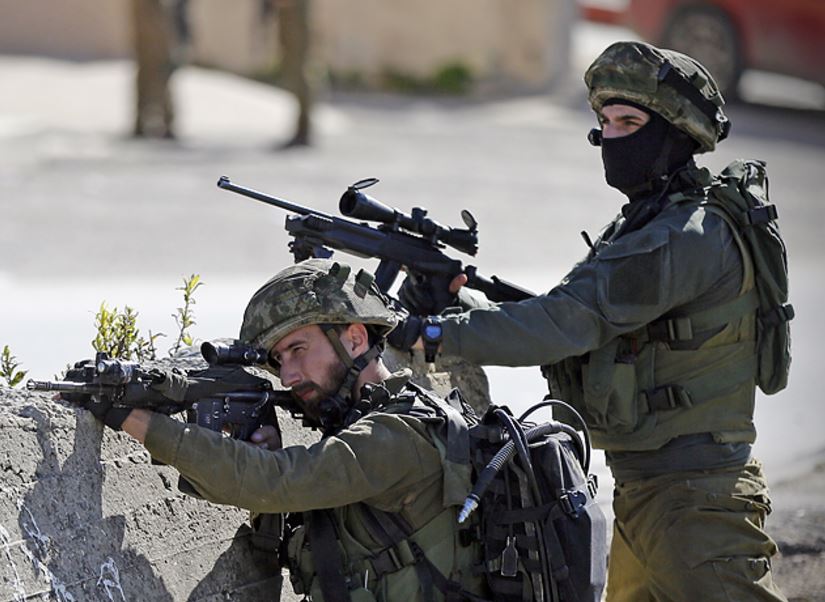 Israeli soldiers kidnapped, on Tuesday at dawn, ten Palestinians in different parts of the occupied West Bank, including one in occupied Jerusalem, in numerous invasions of communities and violent searches of homes. The soldiers also shot a Palestinian in Nablus.In Hebron, in the southern part of the occupied West Bank, the soldiers kidnapped Mohammad Hasan al-Ja’bari, and his brother Edrees, from their home in the al-Mohawwel area, in the city.

In Jenin, in the northern part of the West Bank, several armored military vehicles invaded the al ’Arqa village, searched many homes and kidnapped Abboud Mohammad Khalil Hammad, 18, while Ammar Ibrahim Hammour, 28, was kidnapped from his home in the nearby Jaba’ town.

The soldiers also invaded Beit Fajjar town, south of Bethlehem, and kidnapped Hani Abdullah Taqatqa, 39, and Qussai Mahmoud Thawabta, 22, while resident Mahmoud Abdullah Taqatqa, 19, was summoned for interrogation in the Etzion military base.

In Qalqilia, in the northern part of the West Bank, the soldiers searched many homes and kidnapped Adeeb Ghalban.

In Nablus, in the northern part of the West Bank, the soldiers shot Ahmad Bilal Zeitoun, 24, with a live round in his left leg, after several Israeli military vehicles invaded the city, stormed and ransacked many homes.

In occupied Jerusalem, the soldiers stopped a young man, in Bab al-‘Amoud area, and kidnapped him allegedly for carrying a knife.

The police claimed it “foiled a planned attack,” and that the Palestinian, in his twenties, is from the Jenin district. He was moved to an interrogation center in the city.