Lea Tsemel on the Persecutions of Human Rights Defenders in Israel 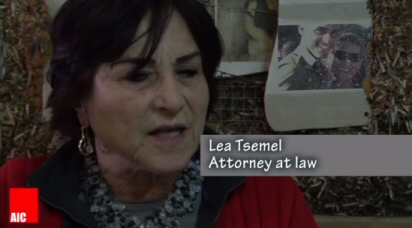 On January 21, Israeli police arrested Ezra Nawi, a prominent Israeli human rights activist. He was arrested following a TV news show which depicted an inciting work made about him by extremist settlers. Police questioned Nawi on suspicion of conspiracy in attempted murder, as well as several other offenses, including being an accessory to manslaughter and passing information to a foreign agent.

The three were released by a court without bail and without restrictions, claiming that the accusations brought forward by the police were baseless.

Lea Tsemel, a human rights lawyer claims the arrests are part of a political campaign aimed at Israeli dissidents.