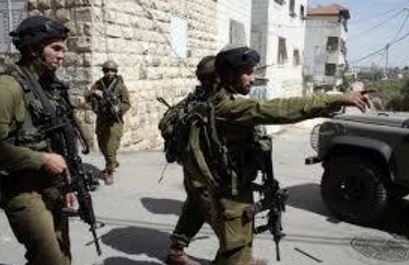 In the Salfit district, the soldiers searched homes and kidnapped Ehab Hassan, 17, after ransacking his home, while resident Emad Zoheir Sobeh, 32, was kidnapped the Qalqilia, in the northern part of the West Bank, and Mohammad Abdul-Latif Deeriyya, 18, was kidnapped from his home in Beit Fajjar town, south of Bethlehem.

In related news, the army detained a Jordanian man after crossing the border fence near Bisan city, Israeli Channel 10 said.

It added that the man was unarmed, and was moved to an interrogation center and that Israel will likely transfer him back to Jordan, after concluding a security background check.