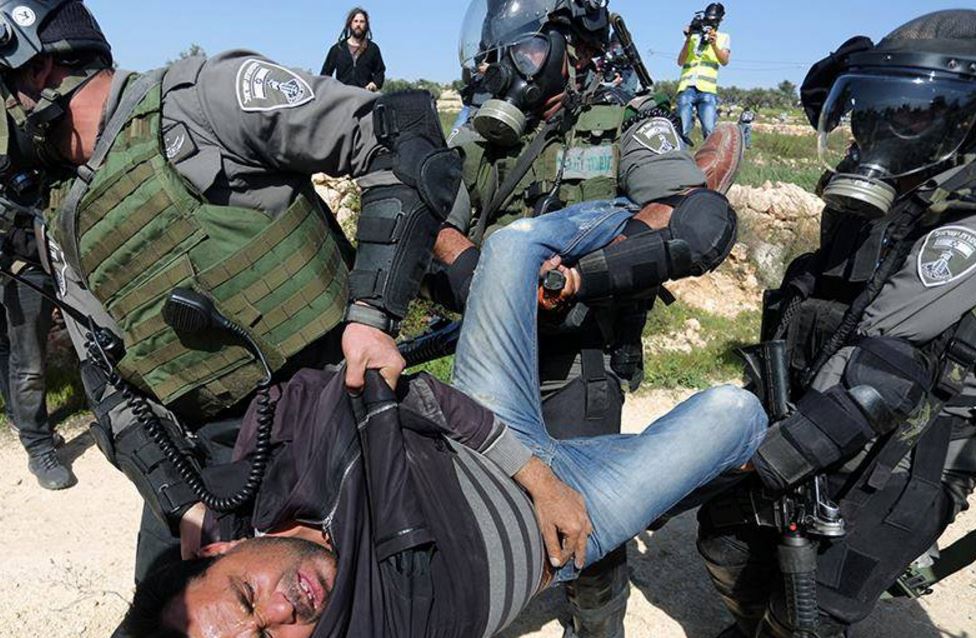 The Wadi Hilweh Information Center in Silwan (Silwanic) has reported that the soldiers kidnapped Mahmoud Shaweesh, 15, from the Suwwana neighborhood, in Jerusalem.

The soldiers also kidnapped Luay Abu al-Hummus, from his home in the al-’Isawiyya town, in the center of Jerusalem, and violently searched the property, in addition to Ahmad al-Faqeeh and Mohammad al-Faqeeh, from their homes in Qotna town, northwest of Jerusalem.

Silwanic said the soldiers shot al-Faqeeh before abducting him.

Also in Jerusalem, the soldiers demolished an under-construction residential building in the at-Tour village, east of occupied Jerusalem, allegedly for being built without a permit.

The building contained three floors of 250 square meters each, and its owners started building it approximately four months ago.

Israel imposes tight restrictions on the Palestinians in occupied Jerusalem, in addition to excessive fees and complicated procedures, in an attempt to prevent them from building homes, or expanding existing ones, an issue that pushes growing families to build before obtaining a permit, while at the same time filing legal paperwork.

The fines and fees imposed on them are in most cases much higher than construction costs.

In the southern West Bank district of Hebron, the soldiers invaded and searched several homes, and kidnapped three Palestinians from Halhoul and Beit Ummar towns, north of the city.

Media sources in Hebron said the soldiers kidnapped Saddam Ghaleb al-Baw, from Halhoul, in addition to Ahmad ‘Akef Awad, 16, and Nidal Amr Abu Mariya, 17, from their homes in Beit Ummar.

The soldiers also invaded the home of Yousef Bader Awad, and told him they were looking for his son, Rashed, 17, but he was not home.

In it worth mentioning that the soldiers have kidnapped 23 Palestinians, including eight children, from Beit Ummar town since the beginning of this year.

Furthermore, the soldiers invaded Sanour town, near Jenin, searched a home, belonging to Shu’aa Jarrar, and assaulted his child Mahmoud, 15, in addition to searching the home of (late) Mofeed Omar Ayasa, and assaulting his child, Mohammad.

In Qabatia town, south of Jenin, the soldiers searched homes and kidnapped a young man, identified as Mohammad Saleh Hanthawi.

In related news, the soldiers detained five Palestinians, from Beit Rima town, northwest of Ramallah, after stopping them on the Atara roadblock, north of Ramallah, and searched dozens of cars.

The soldiers also installed a roadblock near Nabi Saleh village, before stopping and searching dozens of cars, and interrogated many Palestinians while inspecting their ID cards.