420 Acres of Land to be Returned to Palestinians 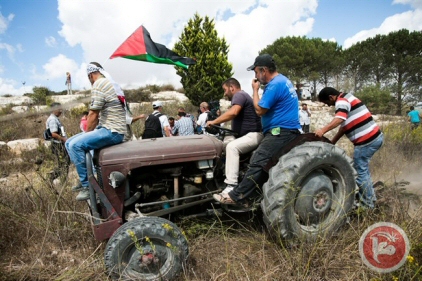 Israel’s High Court, on Wednesday, ruled that Israeli authorities are obliged to return 1,700 dunams (420 acres) of land back to private Palestinian landowners, lawyers told Ma’an News Agency.Mohammad Shqeir and Shlomy Zachary brought the case to Israeli courts several months ago, claiming that Israeli forces illegally seized the land around 35 years previously from the Palestinian villages of Jalud, Douma, Qusra and Mikhmad in Nablus, and Deir Dubwan village in Ramallah.

According to Israeli rights’ group Yesh Din, during the 1970s it was common practice to issue military seizure orders for the purpose of establishing illegal Israeli settlements.

While Israel’s High Court ruled the policy illegal in 1979, the practice continues.

“It is unfortunate that an appeal must be made to the High Court in order for the country to return private lands to their owners,’ Zachary said.

He added: “International law prohibits interference with private land unless it is necessary for imperative military needs. It is unfortunate that the military commander of the area has chosen not to return the lands to their rightful owners once the military necessity, inasmuch as there was one, ceased.’

While Palestinians frequently take their cases to Israeli courts after Israeli land confiscation and home demolition notices are ordered, they seldom win their cases in courts.

The legal process can also be timely and too expensive for Palestinian residents to afford without the aid of rights organizations, such as Yesh Din, which specializes in such work.