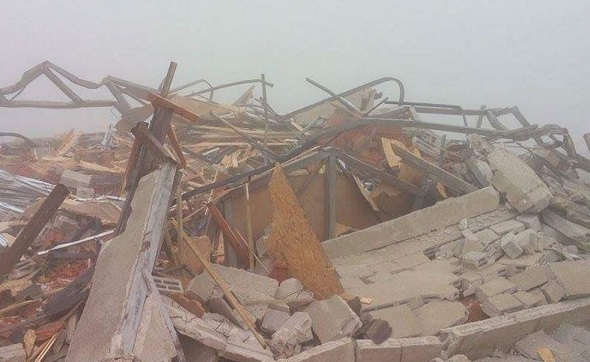 Israeli soldiers invaded, Wednesday, the ash-Shurfa area, between al-Khader and Batteer towns, west of Bethlehem, and demolished a Palestinian home. The army also kidnapped a Palestinian near Ramallah.Several army vehicles invaded the area, surrounded a home, before forcing the family out, and demolished a home, belonging to Jouda Masood Mousa, allegedly for being built without obtaining a permit, from the Civil Administration Office, that run’s Israeli occupation of the West Bank.

The demolished property was a 200 square/meter two-story building that was completely constructed and furnished.

The area in question is subject to frequent Israeli violations, especially over the past few years, leading to demolishing many homes, in addition to several outstanding orders targeting many homes, and similar orders to stop the construction of other buildings.

The ash-Shurfa area is considered the link between Bethlehem city and its communities in the western countryside.

It is worth mentioning that the army also demolished and agricultural structure, belonging to resident Amer Hussein al-Kamel, in Wad Rahhal village, southwest of Bethlehem.

On Tuesday evening, several army vehicles invaded Silwad town, east of Ramallah, and kidnapped Bilal Tareq Hamed, 23, after stopping him on a sudden roadblock the soldiers installed on the main entrance of the town.