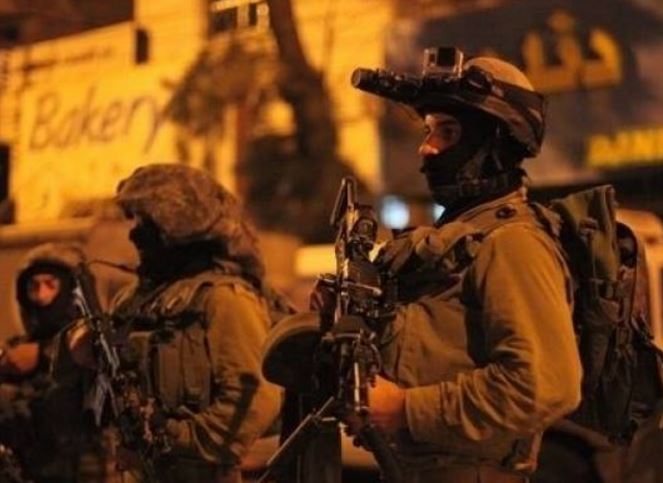 Israeli military sources said the soldiers confiscated a rifle, a pistol and a large sum of bullets.

The soldiers also kidnapped a Palestinian child, 15 years of age, from the Shu’fat refugee camp, northeast of Jerusalem, after he jumped over a wall to avoid crossing through a military roadblock, on the main entrance of the camp.

According to the Israeli army, the soldiers searched the child and located a knife in a bag he carried.

In the northern West Bank district of Nablus, the soldiers stormed and searched many homes, and kidnapped three Palestinians, including a lawyer and a former political prisoner.

The soldiers also kidnapped a Palestinian, identified as Ja’far Jamal ‘Emla, 19, from Qabalan town, while trying to cross the Huwwara roadblock, south of Nablus.

On Tuesday evening, the soldiers kidnapped Bilal Tareq Hamed, 23, from Silwad town, east of the central West Bank city of Ramallah, after stopping him on a military roadblock, installed on the main entrance of the town.