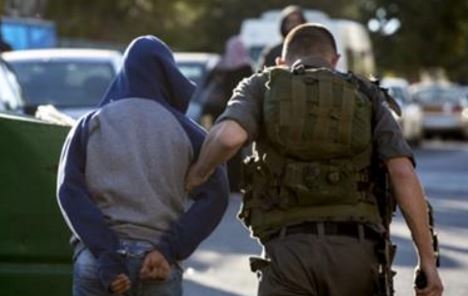 Israeli soldiers kidnapped, Saturday, two Palestinians from the northern West Bank district of Jenin; one of them is a former political prisoner who was held for 13 years. The soldiers also invaded Teqoua’ town, in the Bethlehem district, and injured three Palestinians.

The soldiers invaded Ya’bad town, west of Jenin, after surrounding it, kidnapped Ziad Khaled Qalaqla and confiscating his truck. Qalaqla is from the nearby town of al-Jadeeda.

Head of the Ya’bad Local Council, Samer Abu Bakr, said the soldiers surrounded the town before invading it, clashed with many local youths, protesting the invasion, and fired many concussion grenades and gas bombs.

Also in Jenin, the soldiers kidnapped a former political prisoner, identified as Shadi Jarrar, 37, from Wad Burqin area, west of Jenin, after stopping him on a military roadblock near Nablus city, in the northern part of the occupied West Bank.

The kidnapped Palestinian is a former political prisoner, who was released two years ago, after being held by Israel for thirteen years.

In related news, the army said one of its military jeeps flipped over near Ya’bad town, after crashing into a Palestinian truck, and that the soldiers started a search campaign, looking for the truck.

In addition, several Israeli military vehicles invaded Teqoua’ town, east of Bethlehem, from its western entrance, and clashed with many local youths, who hurled stones and empty bottles on them.

The army fired many live rounds, including the Toto bullets that detonate after impact, illegal for use against a civilian population, wounding one Palestinian man, in his forties, while a young man and a child were shot with live bullets.