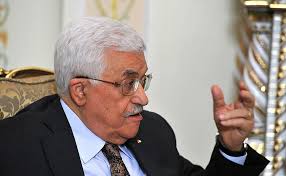 Palestinian President Mahmoud Abbas arrived Sunday to New York, in the United States, to participate in the 71st Session of the United Nations General Assembly, amidst calls from pro-Israel lobbying organizations that the U.S. should deny Abbas entry into the US.

President Abbas will be delivering a speech this coming Thursday, and also intends to hold many meetings with world leaders and international delegations participating in the General Assembly sessions.

It is worth mentioning that various pro-Israel lobbies and organizations have been trying to convince U.S. President Donald Trump to deny Abbas entry into the United States to prevent him from delivering a speech at the General Assembly.

Countries that host the United Nations meetings, including the General Assembly and the Security Council, are supposed to allow entry to speakers and official participants.

One of the main groups that has been trying to convince the White House to deny Abbas entry into the United States is “Palestinian Media Watch”, which claims to be tracking “anti-Semitism” and terrorism but is instead equating criticism of Israel with ‘anti-Semitism’.

The group has been claiming that although the United States is committed to allowing entry of persons and officials into the country to participate in United Nations meetings, “Abbas does not enjoy these privileges, because Palestine is not a member state of the United Nations.”

A week ago, the group sent a letter Mike Pompeo, the U.S. Secretary of State, calling for barring Abbas from entering the United States to participate in the UN session, claiming that Abbas bore “direct responsibility in paying the salaries of terrorists and families of terrorists who were killed while committing attacks against Israelis.”

The Palestinian Authority has long challenged the Israeli claim that they pay compensation to the families of Palestinians who kill Israeli civilians, saying that this claim is false.