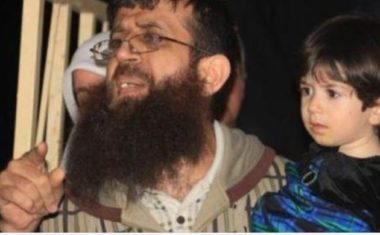 The Palestinian Prisoners’ Society (PPS) has reported that detainee Khader Adnan, who has been holding a hunger strike for fifty consecutive days, is facing serious health complications.

The head of the Legal unit of the PPS, attorney Jawad Boulos, said Adnan suffered a very serious weight loss, and is facing constant fatigue, vomiting blood, in addition to having problems in his left eye.

Boulos managed to visit Adnan, Monday, at the Ramla prison, and said the detainee informed him that he is still refusing medical checkups, vitamins and boosters, adding that his strike continues until he is freed again.

Adnan told Boulos that Israel has stripped him of his freedom, yet again, under vague and unrealistic allegations, and added that he is being held under dire conditions in al-Jalama prison.

Adnan also said that the prison administration held him in solitary confinement for seventeen consecutive days in a very small cell, with a broken toilet seat, and filled with bugs and insects.

It is worth mentioning that, in the period between 2012 and this year, 2018, Adnan held three hunger strike demanding an end to his arbitrary Administrative Detention, without charges or trial.

Adnan, 40, from the northern West Bank governorate of Jenin, spent at least 8.5 years in Israeli prisons, after he was abducted and detained by the soldiers eleven times.

He is a married father of seven children, the oldest, Ma’ali, is ten years of age, and the youngest, Mariam, is only 18 months.