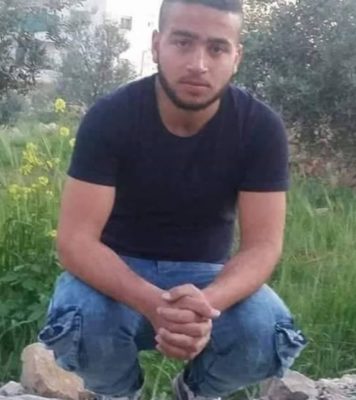 In Hebron Monday morning, Israeli soldiers shot and killed a Palestinian, Moammar Arif Refa’ey al-Atrash, 42, who the army claimed had tried to carry out a stabbing attack on soldiers stationed near Ibrahimi Mosque, lightly wounding one soldier.

According to the Israeli Army’s official statement, “An assailant attempted to stab a soldier adjacent to the Cave of the Patriarchs, (The Ibrahimi Mosque) lightly injuring him. The soldier and other forces at the scene, responded with live fire”.

A Palestinian Red Crescent ambulance rushed to the scene, but the soldiers refused to allow the medics to approach the Palestinian.

The father of al-Atrash was interviewed by local media, and told them that his son was having a problem with his wife, and they were temporarily separated  for about a week, and that he has a brother in the Old City of Hebron that he goes to visit every day.

The now-deceased al-Atrash has three daughters and four sons, one of whom is Ofer Israeli prison.

While being interviewed, the father received a call from his family telling him that the soldiers invaded their home, and told them that they intend to demolish it.

After he was shot by the soldiers, while he was lying on the ground dead or dying, Israeli colonial settlers were allowed to go up to the Palestinian’s body and shoot photos and videos.

One of the colonialist settlers could be heard spiting, and shouting at the soldiers to put the corpse of the slain Palestinian in a trash bag, and to “throw him in the nearest trash dumpster.”

Even though an Israeli ambulance was present at the scene, the Israeli medics did not attempt to provide medical attention to the dying man.

This shooting death of a Palestinian accused of an attempted attack follows another similar incident on October 15th, when a Palestinian was shot dead near Nablus after allegedly attempting to try to stab an Israeli soldier.

The Ibrahimi Mosque is a holy site to Muslims, which was split in half by Israeli forces, who allowed a synagogue to be created on half the site, just after right-wing Israeli-American extremist Baruch Goldstein shot and killed 29 Palestinian men, women and children who were praying in the mosque, in 1993.