After 13 Years In Prison, Army Abducts Palestinian Immediately After His Release 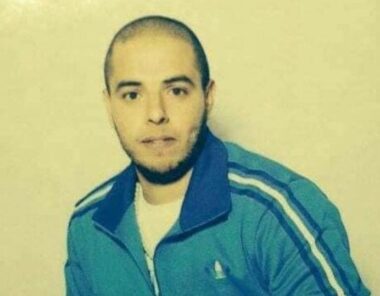 Israeli intelligence officers abducted, on Tuesday morning, a Palestinian political prisoner moments following he was released after he served a 13-year prison sentence.

Update: After interrogating him for several hours at the al-Maskobiyya interrogation facility, the army released Mohammad, late on Tuesday at night, under the condition of forcing him out of his home city, Jerusalem, for five days.

The Palestinian, Mohammad Jamil al-Jolani, 34, was led to believe he is being released after spending the 13-year prison sentence and was immediately rearrested at the gate of the Negev desert detention camp.

Mohammad is from occupied Jerusalem, in the West Bank, the Palestinian Prisoners’ Society (PPS) said.

It is worth mentioning that Israel frequently rearrests Palestinian political prisoners moments after their release, and usually issues arbitrary Administrative Detention orders against them, holding them captive without charges or trial.

In some cases, detainees from occupied Jerusalem are repeatedly rearrested after their release and are let go hours or days afterward under the precondition that they cannot return to their homes, or the city, for a certain period, or after they are threatened to be arrested again if there are any celebrations for their release.