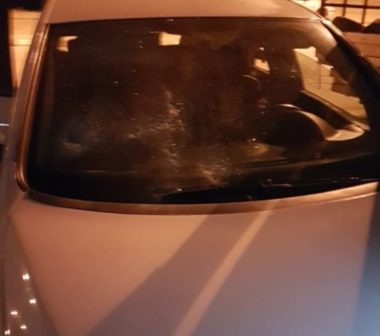 Israeli soldiers closed, on Thursday evening, all main military roadblocks leading to Nablus, in northern West Bank, to facilitate a protest by extremist colonists, before many of them started throwing stones at Palestinian car in the area, causing damage.

Media sources in Nablus said the soldiers closed all military roadblocks to Palestinian traffic, including Yitzhar illegal colony road, to facilitate and enable a procession by dozens of fanatic settlers, illegally living on Palestinian lands.

They added that the soldiers closed Huwwara roadblock, Awarta roadblock, along with the roadblock near Yitzhar illegal colony, in addition to many roads used by the Palestinians in the area.

Dozens of Palestinian cars were forced to stop and were not allowed through during the provocative procession of the colonists, who were chanting and hurling racist slurs against the Palestinians, including calling for assassinating Palestinian President Mahmoud Abbas.

Several colonists then started throwing rocks at Palestinian cars, causing damage to many of them, while Israeli soldiers stood and watched without intervening.

In related news, a group of armed extremist colonists invaded, on Thursday evening, Beitin Palestinian village, north of the al-Biereh city, in the Ramallah and al-Biereh Governorate in central West Bank, and shot a young man.