After Demolishing Their Homes In Early September, Army Summons Three Palestinians For Interrogation 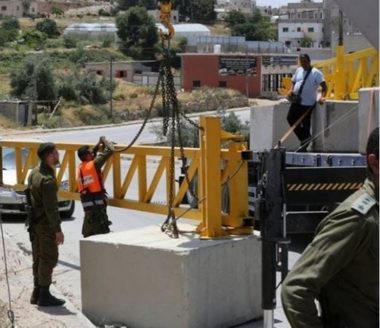 Israeli soldiers summoned, Sunday, three Palestinians from the al-Walaja town, northwest of Bethlehem, including one woman, for interrogation for “constructions’ violations,” although the military demolished their homes, earlier in September of this year.

Awadallah added that the soldiers informed the three Palestinians that they have “committed violations by building their homes without the approval of the City Council.”

It is worth mention that the army demolished the three homes a month ago, and the committee is apparently trying to get them to pay for the expenses.

The threat of demolition is still looming around 189 Palestinian homes in the al-Walaja, under the allegations of being built without permits from Israel.

The demolitions are part of a large illegal colonialist plan to expand its colonies in the southern part of occupied Jerusalem, and link them with Gush Etzion Block.