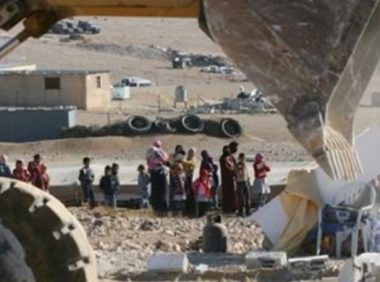 Media sources said dozens of officers surrounded the village, before demolishing and removing residential structures and tents, in addition to barns.

They added that the police also abducted Sheikh Siyam at-Touri, and his son Aziz, in addition to Salim Abu Ashraf, for obstructing the work of the officers.

Like the 34 other Bedouin villages “unrecognized” by Israel, al-Araqib does not receive any services from the Israeli government, and is constantly subjected to the threats of expulsion and home demolition.