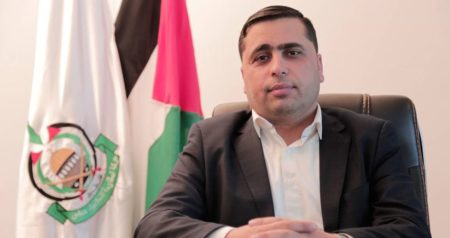 Hamas spokesman Abdul-Latif al-Qanua has described, as “a war crime,” the Israeli decision to have the settlements and outposts in Area C of the occupied West Bank registered with the Israeli Ministry of Justice instead of the army’s Civil Administration.

In a press release on Saturday, Qanua said that war minister Naftali Bennett’s decision portends intents to annex more areas of the West Bank and displace the local residents.

Qanua called such step a war crime against the Palestinian land and humans, and persistence in changing the geography of the West Bank.

He stressed the need to prosecute Israeli war criminals at the International Criminal Court and give the Palestinian resistance a free hand to confront Israel’s crimes with all means, in order to foil its plots.

Israel Hayom newspaper reported, according to Days of Palestine, that Bennett recently carried out a series of discussions with officials within his ministry in order to allow the Israeli settlers to register the settlement lands with the Ministry of Justice instead of registering them through the Civil Administration.

Bennett asked the officials to study a law allowing Israeli settlers to have the same privileges as other Jewish citizens of Israel.

With this new measure, Bennett is seeking to reduce the waiting times for the approval of settlement plans applied for by Israeli settlers.

“This measure is related to imposing procedural sovereignty,” Bennett asserted, according the paper.

Such measures, it disclosed, would facilitate obtaining housing loans by settlers.