Amsterdam in Solidarity with Bilal Kayed and Palestinian Prisoners (PHOTOS)

People in Amsterdam, the Netherlands expressed their solidarity with Palestinian prisoner Bilal Kayed, on hunger strike since 15 June in protest of his administrative detention without charge or trial following the expiration of his 14.5-year sentence in Israeli prisons.

The solidarity photos were taken in Amsterdam on 4 July, at Shir Hever: the military relations between the Netherlands/EU and Israel, by Studenten voor Rechtvaardigheid in Palestina – Amsterdam.  SRP worked with Samidoun and other organizations to protest in The Hague on 25 June to demand freedom for Kayed and an end to state pension benefits for illegal settlers in the West Bank, part of the Global Days of Action to free Kayed.

The expression of solidarity comes as part of the lead-up to the week of action in solidarity with Bilal Kayed on 8-15 July, with events taking place across Palestine as well as in New York; Tampa, Florida; Arklow, Ireland; Manchester and elsewhere around the world. Palestinian prisoners will be announcing their next steps of protest, up to a collective open hunger strike, on 8 July.

Posters and flyers about Bilal Kayed’s case are available here for download, for other groups internationally who would like to express their solidarity with Kayed’s struggle for freedom and the over 7,000 Palestinian prisoners by bringing signs and materials about Kayed’s struggle to existing events about Palestine and social justice. Please send your photos and reports to samidoun@samidoun.net or contact us on Facebook to share! 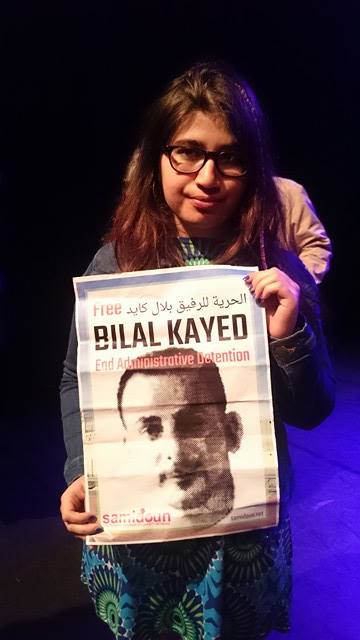 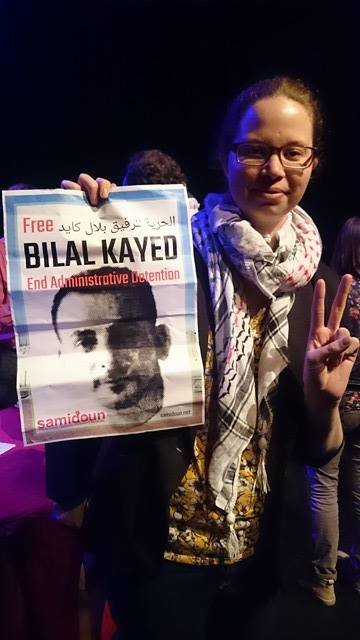 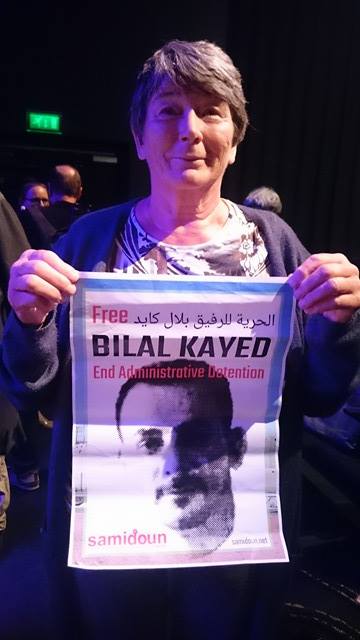 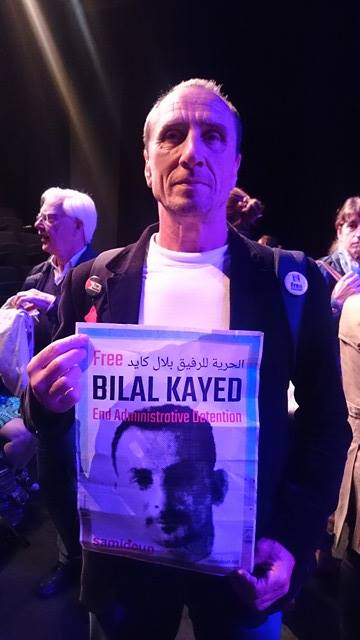 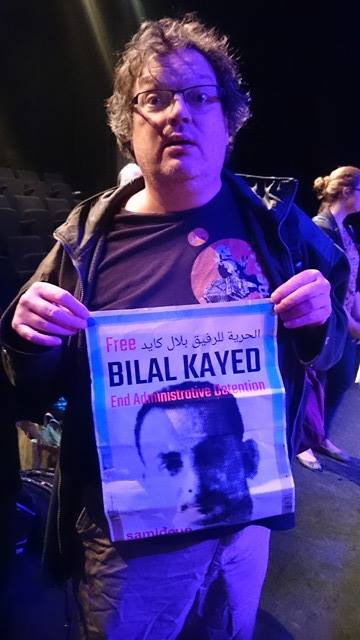 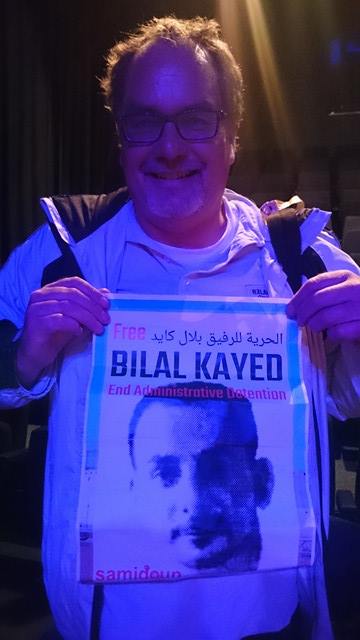 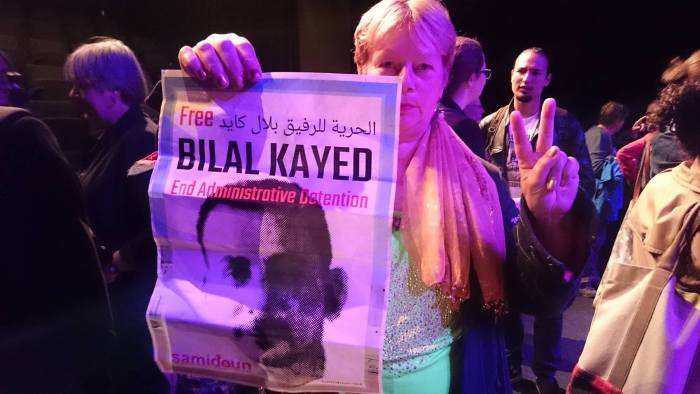 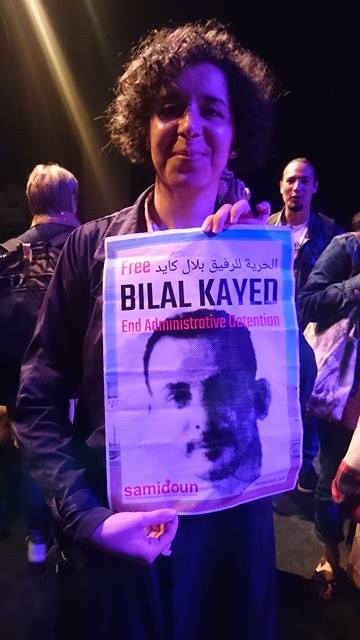 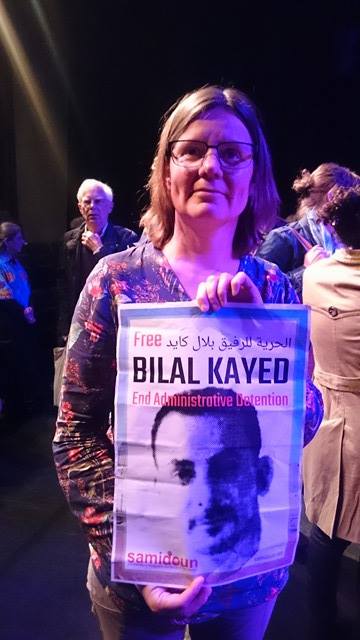 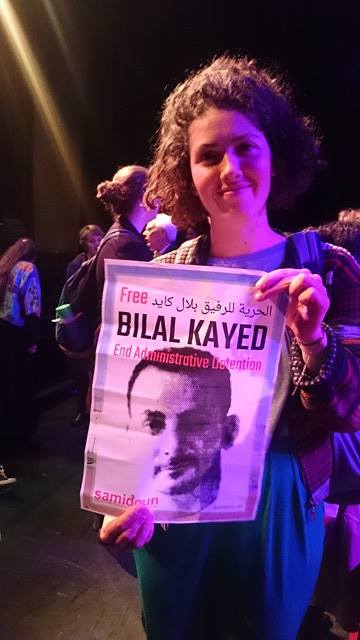 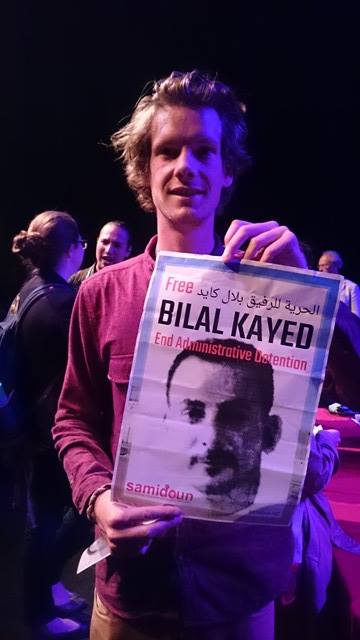 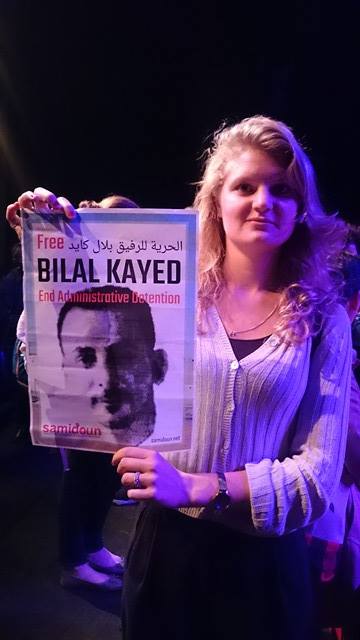 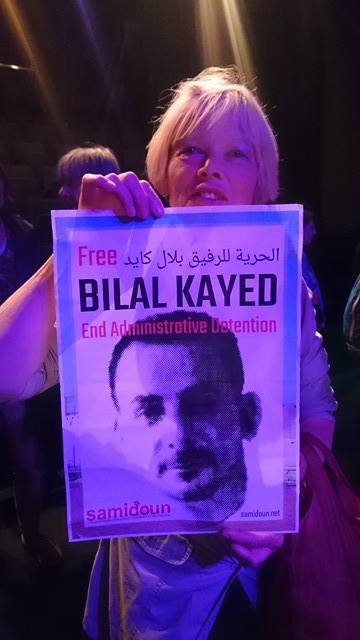