Army Abducts A Child And A Man In Hebron; Colonists And Soldiers Injure Three Palestinians 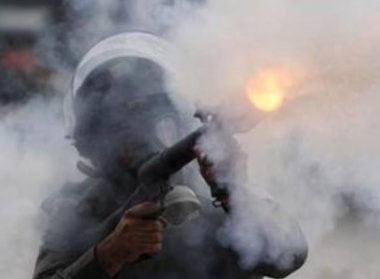 Medical sources have reported, on Friday evening, that at least three Palestinians were injured, when Israeli soldiers and colonist settlers assaulted many Palestinians in Jaber neighborhood, east of Hebron city, in the southern part of the West Bank. The soldiers also abducted a child, only twelve years of age, and a cameraman working for B’Tselem.

Several colonists, living in the illegal Keryat Arba’ colony, built on Palestinian lands east of Hebron, assaulted many Palestinians, and hurled stones at them, causing fractures in the arm of a Palestinian from Reb’ey family.

The soldiers also assaulted a child, identified as Ahmad Jaber, only twelve years of age, and abducted him.

Also in Hebron, the soldiers abducted an activist against Israeli colonies, and a cameraman working for the Israeli Information Center for Human Rights in the Occupied Territories (B’Tselem), identified as Emad Abu Shamsiyya, 40, in Tal Romeida neighborhood.

Abu Shamsiyya is the cameraman, who was repeatedly abducted and threatened by the soldiers after he filmed a soldier, identified as Elor Azaria, executing a wounded Palestinian, identified as Abdul-Fattah Sharif, near the Ibrahimi Mosque in Hebron.