Army Abducts A Mother And Her Child In Jerusalem 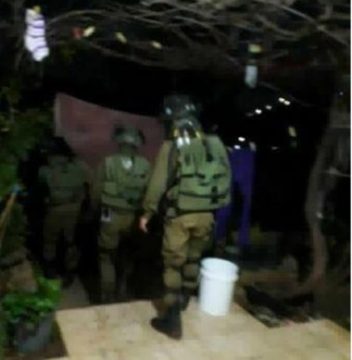 Israeli soldiers invaded, on Wednesday at dawn, the town of Qotna, northwest of occupied East Jerusalem, and abducted a mother and her child, from their home.

Media sources in Jerusalem said the soldiers abducted Raseela Shamasna, and her daughter, only fourteen years of age, and took them to an interrogation facility.

It is worth mentioning that Raseela is the mother of Mohammad Shamasna, who was killed by the army on October 13, 2015.

The soldiers also abducted four Palestinians, in Nablus, Qalqilia, and Bethlehem, in the West Bank.