Army Abducts A Palestinian Accused Of Killing A Settler 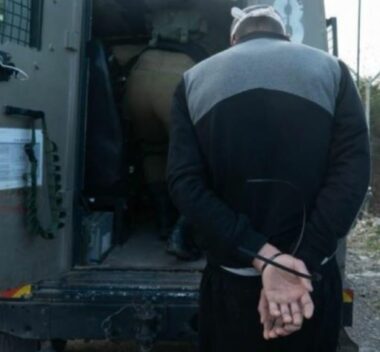 Undercover Israeli forces abducted, Thursday, a Palestinian man believed to be behind the death of an Israeli settler, last Monday, near Nablus, in northern West Bank.

Media sources said the undercover soldiers broke into the home of Mohammad Marouh Kabaha, 36, in Toura village, west of the northern West Bank city of Jenin, and abducted him.

They added that the soldiers ransacked the home before detaining and interrogating his entire family for many hours in their property. Israeli sources claimed the Palestinian “confessed under interrogation” that he killed the Israeli settler woman, identified as Esther Horgan, 52, who was found in the forest close to her home in Menashe illegal colony, earlier Monday.

The sources added that, according to the Shin Bet investigation into the incident, the Palestinian has no political affiliation, and is not a member of any resistance group.

Israeli Channel 13 claimed the man “waited in the forest for an Israeli victim,” and added that he surprised the woman before repeatedly striking her on the head and hid her body.

While some Israeli media agencies are trying to claim the incident is “nationally motivated,” or related to the ongoing conflict resulting from the illegal occupation and colonization of Palestine, the motives remain unclear.

Details of the investigation remain under a gag order by the Israeli security and military.