Army Abducts A Palestinian In Tubas 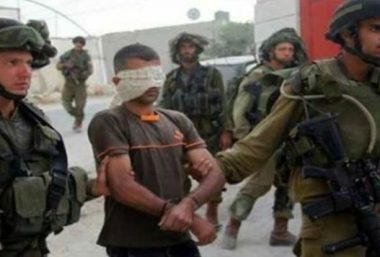 Israeli soldiers abducted, late on Saturday at night, one Palestinian from his home in Ra’s al-Far’a area, south of Tubas, in the northeastern part of the occupied West Bank.

The soldiers searched a few homes in the area, and abducted a man, identified as Shadi Abu Kheizaran, 37, and took him to an unknown destination.

The soldiers interrogated several Palestinians while inspecting their ID cards, and withdrew from the area, taking the abducted man to an unknown destination.

On Sunday at dawn, the army invaded the Jenin refugee camp, in the northern West bank city of Jenin, shot and injured two Palestinians, and abducted three others, while four Palestinians were abducted in Qalqilia and Bethlehem.

In addition, Israeli army vehicles carried out a limited invasion into Palestinian lands, close to the border fence in central Gaza, and uprooted them.