Israeli Army Carries Out A Limited Invasion Into Central Gaza 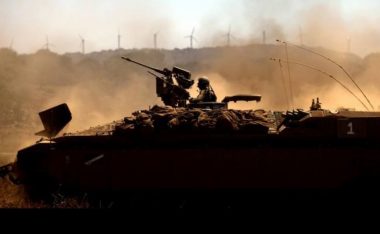 Israeli soldiers carried out, on Sunday morning, a limited invasion into Palestinian lands, close to the border fence in central Gaza, and uprooted them.

Media sources in Gaza said the invasion was carried out by several army vehicles, including four armored bulldozers, that were stationed in Kissufim military base, across the border fence.

They added that the army advanced approximately 50 meters into the lands, and uprooted sections close to the fence, while military drones flew overhead.

On Sunday at dawn, the soldiers abducted four Palestinians, including two siblings, from their homes in the West Bank governorates of Qalqilia and Bethlehem.