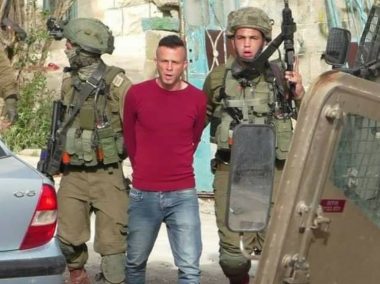 Israeli soldiers abducted, on Wednesday evening, a young Palestinian man from his home in Nabi Saleh, northwest of the central West Bank city of Ramallah.

He added that the army has been trying to abduct Odai for several months, for participating in the weekly nonviolent processions against the Wall and Colonies, in the village.

Odai is a former political prisoner, and the brother of Mustafa Tamimi, who was killed after the soldiers shot him with a gas bomb in the head three years ago.