Army Abducts Five Palestinians, Including A Legislator, Injures Several Others, In West Bank 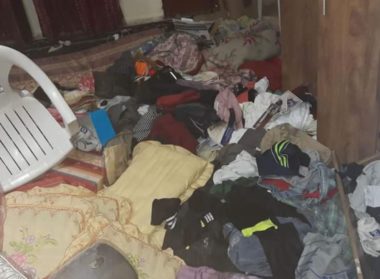 Furthermore, dozens of soldiers accompanied buses filled with illegal colonialist settlers, and headed towards Joseph’s Tomb, in the northern West Bank city of Nablus, before the army attacked Palestinian protesters near Balata refugee camp, east of the city.

Medical sources said the soldiers shot two Palestinians with rubber-coated steel bullets, including one who was shot in the head, and caused at least seven others to suffer the effects of teargas inhalation.

The soldiers also invaded homes in the Dahia area, in Nablus city, an abducted a young man identified as Ahmad Mansour.

It is worth mentioning the dozens of soldiers also invaded the al-Am’ari refugee camp, south of the central West Bank city of Ramallah, and Betunia city, west of Ramallah.

Also in Ramallah, the soldiers invaded the home of Mohammad Khatib, in Um ash-Sharayet neighborhood in al-Biereh city, and searched the property before confiscating his car’s key.