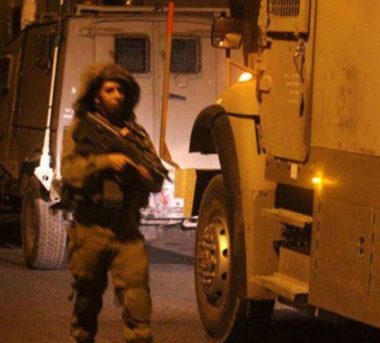 Media sources said the soldiers stopped three young man, on Palestinian lands near the illegal Mabo Dothan Israeli colony, which was built on lands owned by Palestinians from Ya’bad town, southwest of Jenin.

The soldiers abducted the three young men, who remained unidentified at the time of this report, and took them to an unknown destination.

It is worth mentioning that the soldiers abducted, overnight until morning hours Tuesday, at least eighteen Palestinians, including a wounded young man, in several parts of the West Bank.