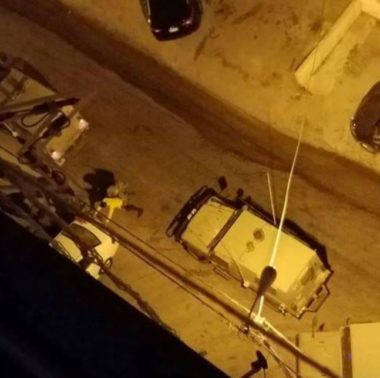 The soldiers also invaded and ransacked the home of a blind man, identified as Ezzeddin Amarna, and interrogated him and his family.

Furthermore, the soldiers invaded Teqoua’ town, east of Bethlehem, and summoned Hamdi Ahmad Hamida, 22, for interrogation in Etzion military base and security center, south of Bethlehem, after breaking into his home and searching it.