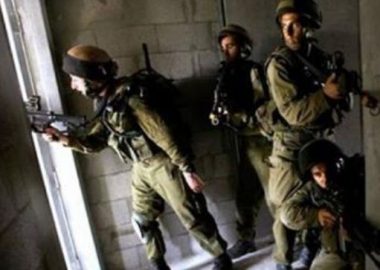 Israeli soldiers abducted, on Wednesday evening, three Palestinians from the northern West Bank governorate of Jenin, while a group of colonists hurled stones at homes, and soldiers invaded and searched stores, in Hebron, in the southern part of the West Bank.

Media sources in Jenin said the soldiers abducted two young men, identified as Mo’in Ibrahim Hamamra, 20, and Ahmad Mohammad Khaliliyya, 17, both from Jaba’ town, southwest of Jenin, after stopping them at two military roadblocks near Bazarya village, and Roadblock #17, near Nablus, in northern West Bank.

In addition, the soldiers invaded Um al-Kheir area, east of Yatta town, south of Hebron, while the soldiers broke into many stores, and searched them, in Hebron city.

Rateb Jabour, the Coordinator of the Popular Committees in southern Hebron, said the colonists came from Karmiel illegal settlement, which was built on private Palestinian lands, east of Yatta.

Jabour added that the colonists hurled stones and empty bottles at the homes, causing property damage.

Furthermore, the soldiers invaded many stores in the southern area of Hebron city, and violently searched them, while inspecting the ID cards of many Palestinians.

Israeli Soldiers Abduct A Man And His Son Near Hebron