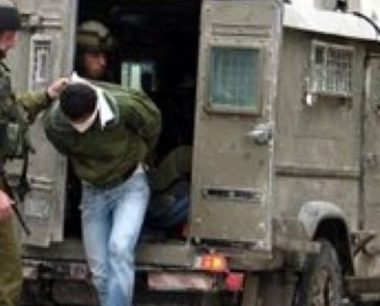 Israeli soldiers abducted, on Tuesday evening, three Palestinians, including two children, after stopping him at a military roadblock near their town, Aqraba, south of the northern West Bank city of Nablus.

The soldiers cuffed and blindfolded the Palestinians, before taking them to an unknown destination.

It remains unknown why they were taken prisoner, especially since there were no protests in the area.

It is worth mentioning that the army abducted, overnight until early morning hours Tuesday, at least sixteen Palestinians, including one woman, from their homes, in several parts of the occupied West Bank.

Also on Tuesday, a young Palestinian man, identified as Sari Daoud Shobaki, 24, died from serious wounds he suffered on May 14, after an Israeli army sharpshooter shot him in the neck.