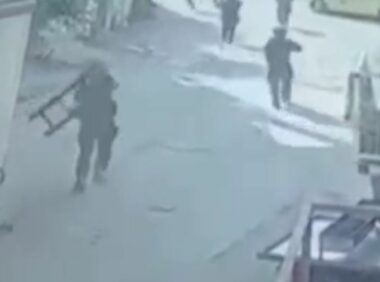 Israeli soldiers abducted, on Wednesday at dawn, two former political prisoners from their homes near Bethlehem, south of the occupied Palestinian capital, Jerusalem, in the West Bank.

Many soldiers were hiding in the back of a truck during the invasion before they rushed out into a neighborhood in the town; one of them was carrying a small ladder.

They added that the soldiers abducted Ahmad Mohammad Al-Hawa, 22, and Khalil Khaled Salah, 23, from their homes and took them to the nearby Etzion military base and security center. During the invasion, the soldiers closed the town and prevented the Palestinians from entering or leaving it.

In the Gaza Strip, the Israeli navy ships attacked, on Tuesday at night, a small Palestinian fishing boat near the al-Waha shore, west of Beit Lahia, in northern Gaza, wounding a fisherman.