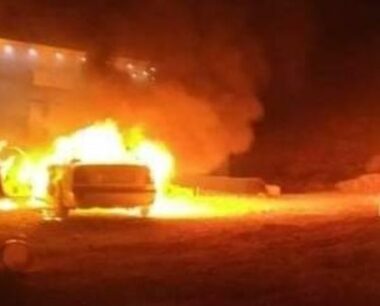 Local sources said the cars were parked close to a junction near the village, when the colonists, from the illegal Ramot settlement, in the eastern part of the village, caused damage to the three vehicles before setting them ablaze.

They added that the cars are owned by a member of the Abu Khalaf family, in addition to Anas Khatib and Issa Hammouda Gheith.

The colonists also wrote racist graffiti, in addition to smashing the windows of several parked cars.

It is worth mentioning that, in March of this year, the colonists burnt two cars and wrote racist graffiti in the village.