Army Assaults And Abducts A Guard Of The Al-Aqsa Mosque 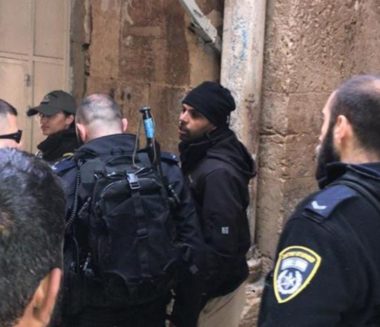 Israeli soldiers assaulted, Saturday, a civilian guard of the Al-Aqsa Mosque, in occupied East Jerusalem, and abducted him.

He was taken prisoner in the eastern area of Bab ar-Rahma mosque in Al-Aqsa, after he intercepted several colonists and officers who entered the mosque without removing their shoes, in violation of Muslim traditions.

They added that the guard is a former political prisoner, who was abducted and imprisoned in various previous invasions into the holy site, during provocative tours by soldiers, officers and illegal colonialist settlers.

On Saturday at dawn, the soldiers five Palestinians, including a young woman, from their homes in Jabal al-Mokabber neighborhood, southeast of Jerusalem.