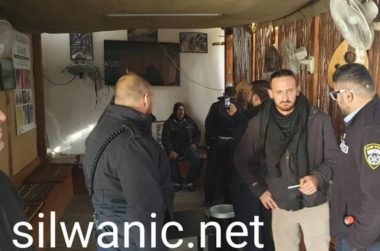 Israeli soldiers abducted, on Sunday at night, four young Palestinian men in Silwan town, south of the Al-Aqsa Mosque in occupied Jerusalem, after assaulting and wounding them.

It added that the soldiers repeatedly assaulted the four young men before abducting them, causing various cuts and bruises.

It is worth mentioning that the soldiers also invaded Silwanic, and the home of its director Jawad Siyam, and took measurements of the two properties, under the allegation of calculating property taxes.