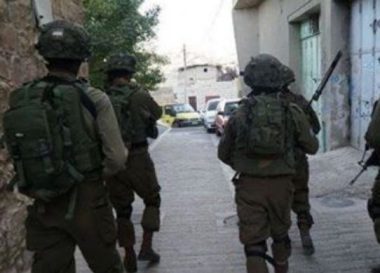 Israeli soldiers attacked, Friday, dozens of nonviolent Palestinian protesters, who marched near the al-‘Azza refugee camp, north of Bethlehem, as part of ongoing protests against Donald Trump’s illegal recognition of occupied Jerusalem as a unified capital of Israel, and abducted two.

The Palestinians marched following Friday prayers in the al-Azza refugee camp, and headed towards Jerusalem-Hebron road, until reaching the northern entrance of Bethlehem.

The soldiers also assaulted many protesters, and abducted two, including Hasan Faraj, a member of the Revolutionary Council of Fateh movement.

In related news, the soldiers invaded homes in Faqqu’a village, east of the northern West Bank city of Jenin, and searched them, in addition to installing many roadblocks around villages and towns, in Jenin governorate.